The Cisco® Catalyst® 9300 Series Switches are Cisco’s lead stackable enterprise switching platform built for security, IoT, mobility, and cloud. They are the next generation of the industry’s most widely deployed switching platform. The Catalyst 9300 Series switches form the foundational building block for Software-Defined Access (SD-Access), Cisco’s lead enterprise architecture. At 480 Gbps, they are the industry’s highest-density stacking bandwidth solution with the most flexible uplink architecture. The Catalyst 9300 Series is the first optimized platform for high-density 802.11ac Wave2. It sets new maximums for network scale. These switches are also ready for the future, with an x86 CPU architecture and more memory, enabling them to host containers and run third-party applications and scripts natively within the switch.

The Catalyst 9300 Series is designed for Cisco StackWise® technology, providing flexible deployment with support for nonstop forwarding with stateful switchover (NSF/SSO), for the most resilient architecture in a stackable (sub-50-ms) solution. The highly resilient and efficient power architecture features Cisco StackPower®, which delivers high-density Cisco Universal Power Over Ethernet (Cisco UPOE®) and Power over Ethernet Plus (PoE+) ports. The switches are based on the Cisco Unified Access™ Data Plane 2.0 (UADP) 2.0 architecture which not only protects your investment but also allows a larger scale and higher throughput. A modern operating system, Cisco IOS XE with programmability offers advanced security capabilities and Internet of Things (IoT) convergence. 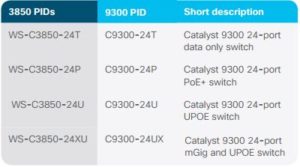 Potoco is a authorized Cisco reseller and experienced in network upgrade and migration. If you are interested in the product or need an upgrade of Cisco network, please feel free to contact us at 2117-9474, sales@potocohk.com, or leave a message. 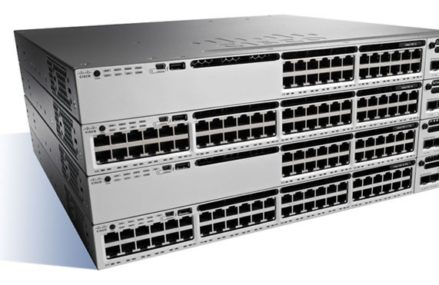